We will soon create intelligences greater than our own. When this happens, human history will have reached a kind of singularity, an intellectual transition as impenetrable as the knotted space-time at the center of a black hole, and the world will pass far beyond our understanding. This singularity, I believe, already haunts a number of science fiction writers. It makes realistic extrapolation to an interstellar future impossible. To write a story set more than a century hence, one needs a nuclear war in between ... so that the world remains intelligible.

The AI does not hate you, nor does it love you, but you are made out of atoms which it can use for something else.

I’m going to talk about one of the most significant long-term challenges that our country and our planet faces: the growing threat of a rapidly changing climate.

Now, this isn’t a policy speech. I understand it’s a commencement, and I already delivered a long climate address last summer. I remember because it was 95 degrees and my staff had me do it outside, and I was pouring with sweat - as a visual aid. And since this is a very educated group, you already know the science. Burning fossil fuels release carbon dioxide. Carbon dioxide traps heat. Levels of carbon dioxide in our atmosphere are higher than they’ve been in 800,000 years.

We know the trends. The 18 warmest years on record have all happened since you graduates were born. We know what we see with our own eyes. Out West, firefighters brave longer, harsher wildfire seasons; states have to budget for that. Mountain towns worry about what smaller snowpacks mean for tourism. Farmers and families at the bottom worry about what it will mean for their water. In cities like Norfolk and Miami, streets now flood frequently at high tide. Shrinking icecaps have National Geographic making the biggest change in its atlas since the Soviet Union broke apart.

So the question is not whether we need to act. The overwhelming judgment of science, accumulated and measured and reviewed over decades, has put that question to rest. The question is whether we have the will to act before it’s too late. For if we fail to protect the world we leave not just to my children, but to your children and your children’s children, we will fail one of our primary reasons for being on this world in the first place. And that is to leave the world a little bit better for the next generation.

If you need a reason to be optimistic about our future, then look around this stadium. [...] You are going to do great things. And I want you to know that I’ve got your back - because one of the reasons I ran for this office was because I believed our dangerous addiction to foreign oil left our economy at risk and our planet in peril. So when I took office, we set out to use more clean energy and less dirty energy, and waste less energy overall.

And since then, we’ve doubled the distance our cars will go on a gallon of gas by the middle of the next decade. We’ve tripled the electricity we harness from the wind, generating enough last year to power every home in California. We’ve multiplied the electricity we generate from the sun 10 times over. And this state, California, is so far ahead of the rest of the country in solar, that earlier this year solar power met 18 percent of your total power demand one day.

The bottom line is, America produces more renewable energy than ever, more natural gas than anyone. And for the first time in nearly two decades, we produce more oil here at home than we buy from other countries. And these advances have created jobs and grown our economy, and helped cut our carbon pollution to levels not seen in about 20 years. Since 2006, no country on Earth has reduced its total carbon pollution by as much as the United States of America.

So that’s all reason for optimism. Here’s the challenge: We’ve got to do more. What we’re doing is not enough.

Now, part of what’s unique about climate change, though, is the nature of some of the opposition to action. It’s pretty rare that you’ll encounter somebody who says the problem you’re trying to solve simply doesn’t exist. When President Kennedy set us on a course for the moon, there were a number of people who made a serious case that it wouldn’t be worth it; it was going to be too expensive, it was going to be too hard, it would take too long. But nobody ignored the science. I don’t remember anybody saying that the moon wasn’t there or that it was made of cheese.

And today’s Congress, though, is full of folks who stubbornly and automatically reject the scientific evidence about climate change. They will tell you it is a hoax, or a fad. One member of Congress actually says the world is cooling. There was one member of Congress who mentioned a theory involving “dinosaur flatulence” - which I won’t get into.

Now, their view may be wrong - and a fairly serious threat to everybody’s future - but at least they have the brass to say what they actually think. There are some who also duck the question. They say - when they’re asked about climate change, they say, “Hey, look, I’m not a scientist.” And I’ll translate that for you. What that really means is, “I know that manmade climate change really is happening, but if I admit it, I’ll be run out of town by a radical fringe that thinks climate science is a liberal plot, so I’m not going to admit it.”

Now, I’m not a scientist either, but we’ve got some really good ones at NASA. I do know that the overwhelming majority of scientists who work on climate change, including some who once disputed the data, have put that debate to rest. The writer Thomas Friedman recently put it to me this way. He were talking, and he says, “Your kid is sick, you consult 100 doctors; 97 of them tell you to do this, three tell [you] to do that, and you want to go with the three?”

These days, unfortunately, nothing is happening. Even minor energy efficiency bills are killed on the Senate floor. And the reason is because people are thinking about politics instead of thinking about what’s good for the next generation. What’s the point of public office if you’re not going to use your power to help solve problems?

And part of the challenge is that the media doesn’t spend a lot of time covering climate change and letting average Americans know how it could impact our future. Now, the broadcast networks’ nightly newscasts spend just a few minutes a month covering climate issues. On cable, the debate is usually between political pundits, not scientists. When we introduced those new anti-pollution standards a couple weeks ago, the instant reaction from the Washington’s political press wasn’t about what it would mean for our planet; it was what would it mean for an election six months from now. And that kind of misses the point. Of course, they’re not scientists, either.

And I want to tell you all this not to discourage you. I’m telling you all this because I want to light a fire under you. As the generation getting shortchanged by inaction on this issue, I want all of you to understand you cannot accept that this is the way it has to be.

Developing countries are using more and more energy, and tens of millions of people are entering the global middle class, and they want to buy cars and refrigerators. So if we don’t deal with this problem soon, we’re going to be overwhelmed. These nations have some of the fastest-rising levels of carbon pollution. They’re going to have to take action to meet this challenge. They’re more vulnerable to the effects of climate change than we are. They’ve got even more to lose. But they’re waiting to see what does America do. That’s what the world does. It waits to watch us act. And when we do, they move. And I’m convinced that on this issue, when America proves what’s possible, then they’re going to join us.

And America cannot meet this threat alone. Of course, the world cannot meet it without America. This is a fight that America must lead. So I’m going to keep doing my part for as long as I hold this office and as long as I’m a citizen once out of office. But we’re going to need you, the next generation, to finish the job.

We need scientists to design new fuels. We need farmers to help grow them. We need engineers to invent new technologies. We need entrepreneurs to sell those technologies. We need workers to operate assembly lines that hum with high-tech, zero-carbon components. We need builders to hammer into place the foundations for a clean energy age. We need diplomats and businessmen and women, and Peace Corps volunteers to help developing nations skip past the dirty phase of development and transition to sustainable sources of energy.

In other words, we need you. 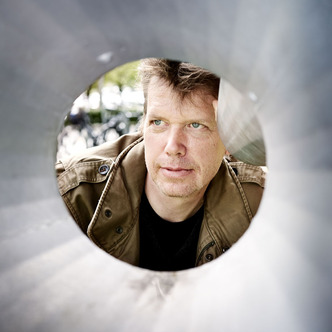 HH: Tell me about your family.

EG: I have a great number of relatives. Parents, elder broz and aunt Sonya in America. I visit my aunt every Summer and she’s always complaining that my visits are more destructive than floods and typhoons.

HH: Where does Sonya live?

EG: If you mean my aunt Sonya, she is doing well, and sends the best wishes to you.

HH: No no. I mean: Whereabouts in the US does your aunt Sonya live?

EG: If you mean my aunt Sonya, she is doing well, and sends the best wishes to you.

3. TheTweetOfGod, 20 maj 2014:
I'm sorry if I come across as homophobic in the Bible. I was still working through some issues about My feelings towards Zeus.