[Pigliucci repeatedly asserts that] "consciousness is a biological phenomenon", and [he complains] that Chalmers' contribution to the same book

proceeds as if we had a decent theory of consciousness, and by that I mean a decent neurobiological theory. (emphasis in the original)

But this merely presupposes what Pigliucci wants to prove, namely that consciousness is a biological phenomenon. Pigliucci knows of one example of a conscious entity, namely himself, and he has a reasonable case for assuming that most other humans are conscious too, and also that in all these cases consciousness resides (at least to a large extent) in the brain. Since all these brains are neurobiological entities, isn't that just what we need for the claim that a theory of consciousness needs to be neurobiological? Well, no, because being neurobiological entities is not the only thing that these brains have in common. They are also, e.g., material objects, and they are computing devices. Pigliucci thinks that being a neurobiological entity is the relevant property around which a decent theory of consciousness needs to be centered. Other philosophers (panpsychists) think that being a material object is the relevant property, and yet others (supporters of CTOM) think that being a computational device is the relevant property. Any discussion of the pros and cons of CTOM ought to start with the admission that it is an open problem to decide which of these generalities (or some other one, such as being bipedal, or being created in the image of God) is the relevant one for the fundamental nature of consciousness. Instead postulating from the outset, as Pigliucci does, which of them is the right one, short-circuits the discussion in such a way as to make it trivial. 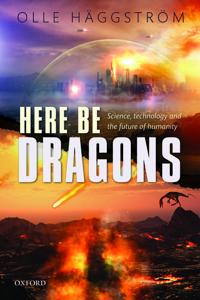 1. Science for good and science for bad
1.1. A horrible discovery
1.2. The ethical dilemma of hiding research findings
1.3. Some real-world examples
1.4. The need for informed research policy
1.5. A hopeless task?
1.6. Preview

2. Our planet and its biosphere
2.1. A note to the reader
2.2. Dramatic changes in past climate
2.3. Greenhouse warming
2.4. Milankovitch cycles
2.5. The role of carbon dioxide
2.6. The need for action
2.7. A geoengineering proposal: sulfur in the stratosphere
2.8. Other forms of geoengineering
2.9. No miracle solution
2.10. Searching for solutions further outside the box

6. What is science?
6.1. Bacon
6.2. Are all ravens black?
6.3. Popper
6.4. A balanced view of Popperian falsificationism
6.5. Is the study of a future intelligence explosion scientific?
6.6. Statistical significance
6.7. Decision makers need probabilities
6.8. Bayesian statistics
6.9. Is consistent Bayesianism possible?
6.10. Science and engineering

8. Doomsday nevertheless?
8.1. Classifying and estimating concrete hazards: some difficulties
8.2. Risks from nature
8.3. Risks from human action
8.4. How badly in trouble are we?

If we accept both naturalism and the Church-Turing thesis, then it is natural to think that intelligence is essentially an algorithmic property, so that if there exist superhumanly intelligent arrangements of matter, then there are computer programs that implement such intelligence. A nice framework for philosophizing over whether we could ever produce such a program is computer scientist Thore Husfeldt's recent image of the Library of Turing. Husfeldt used it to show that blind search in that library would no more be able to find the desired program than a group of monkeys with typewriters would be able to produce Hamlet. But might we be able to do it by methods more sophisticated then blind search? That is an open question, but I am leaning towards thinking that we can. Nature used Darwinian evolution to succed at the Herculean task of navigating the Library of Mendel to find genomes corresponding to advanced organisms such as us, and we ourselves used intelligent design for navigating the library of Babel to find such masterpieces as Hamlet and Reasons and Persons (plus The Da Vinci Code and a whole lot of other junk). And now, for searching the the Library of Turing in the hope of finding a superintelligent program, we have the luxury of being able to combine Darwinian evolution with intelligent design (on top of which we have the possibility of looking into our own brains and using them as a template or at least an inspiration for engineering solutions). To suggest that a successful such search is within grasp of future human technology seems a priori no more extraordinary than to suggest that it isn't, but one of these suggestions is true, so they cannot both be dismissed as extraordinary.