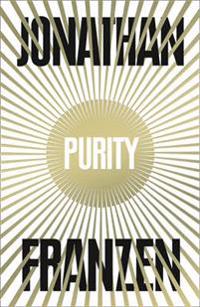 You need a secure base. I need black-swan insurance. Belize is working for me now, gotta love the police here, but we're still pre-Singularity. If people like you and me are going to re-create the world, we may need a place where we can ride out transitional disruptions. Also, I don't see Greenland melting down before the Singularity, but if it does, nuclear weaponry could be utilized. We've backed away from nuclear-winter capability, but there could still be a nuclear autumn, a nuclear November, in which case the equator's where you want to be. Isolated valley in the center of an untargeted continent. Make sure you've got some comely young females, some spare parts, some goats and chickens. You can make the place cozy. I'd hate to have to join you there, but it could happen.

Not in my name!

The flyer depicted below, containing slander against and blatant lies about the country of Sweden, is currently being distributed at a refugee camp on the Greek island of Lesbos and at many other places on the borders of the European Union. Representatives of the extreme and anti-immigrant right-wing Sweden Democrats party confirm that their party is behind the campaign.
Notice, among the signatories, "The People of Sweden". That is forgery. The people of Sweden includes myself. I have (along with the vast majority of my compatriots) not been consulted about the letter, neither in person, nor via legitimate proxy. I do not stand by its disgraceful content.
The Sweden Democrats party has its roots in Nazism and the white supremacy movement. Since 2010 it is represented in the Swedish Parliament (and is currently holding 49 of the 349 seats), something I have found revolting from the start but have refrained from commenting upon here on this blog. But now that they have the audacity to claim to speak for me and for all my compatriots, the time has come to voice my protest.
Inte i mitt namn. Not in my name!

It is not obvious whether we should wish for better surveillance or less: it is not clear it is a force for good or evil in general. Surveillance can prevent or solve crimes, alert society to dangers, provide information for decision-making and so on. It can also distort our private lives, help crime, enable powerful authoritarian and totalitarian forces, and violate human rights. But there doesn’t seem to exist any knock-down argument that dominates the balance: in many cases messy empirical issues and the current societal context likely determines what we should wish for, did we know the full picture.

How would you react to the discovery of extraterrestrial life?

A discovery [of extraterrestrial life] would be of tremendous scientific significance. What could be more fascinating than discovering life that had evolved entirely independently of life here on Earth? Many people would also find it heartening to learn that we are not entirely alone in this vast cold cosmos.

But I hope that our Mars probes will discover nothing. It would be good news if we find Mars to be completely sterile. Dead rocks and lifeless sands would lift my spirit.

Conversely, if we discovered traces of some simple extinct life form - some bacteria, some algae - it would be bad news. If we found fossils of something more advanced, perhaps something looking like the remnants of a trilobite or even the skeleton of a small mammal, it would be very bad news. The more complex the life we found, the more depressing the news of its existence would be. Scientifically interesting, certainly, but a bad omen for the future of the human race.

These are the words of Oxford philosopher Nick Bostrom, in his 2008 essay Where are they? Why I hope the search for extraterrestrial life finds nothing. His reasoning follows that of Robin Hanson's groundbreaking 1998 piece The Great Filter - are we almost past it?. In a blog post a few years ago, I offered a gentle introduction (in Swedish) to Hanson's Great Filter view of Fermi's Great Silence (i.e., of the fact that we seem not to have encountered, or even seen any signs of, extraterrestrial life) and how it leads to the conclusion that "dead rocks and lifeless sands" would be uplifting. Very briefly, the argument is as follows.
Let N denote the number of potentially life-supporting planets in the observable universe; N is a huge number, perhaps something like 1020 or 1022. Let p denote the probability that a randomly chosen such planet goes on to develop life, and not only life but intelligent life and a technological civilization on the level of present-day humanity. Finally, let q denote the probability, conditional on having come that far, of going on to develop a supertechnological civilization visible to astronomers all over the observable universe. Then Npq is the expected number of such supertechnological civilizations arising, and Fermi's Great Silence strongly suggests that Npq is not very large, because if it were, the probability of at least one such supertechnological civilizations having come about would have been overwhelming, and we would have seen it. But if N is huge and Npq is not very large, then pq must be very small, so at least one of the probabilities p and q is very small. If we're hoping for humanity not to self-destruct or otherwise go extinct before we get the chance to conquer the universe, q had better not be very small. A discovery of extraterrestrial life would suggest that the emergence of life is not quite as unlikely, and p not quite as small, as we might otherwise have thought. But if p is not so small, then q must be very small, and we are pretty much doomed.
This argument makes good sense to me, but it does contain a good deal of handwaving, and it might be interesting to find out whether, e.g., a more rigorous statistical treatment of the same problem leads to the same conclusion. This is what my Chalmers colleague Vilhelm Verendel and I set out to do in our paper Fermi's paradox, extraterrestrial life and the future of humanity: a Bayesian analysis, which has been accepted for publication in the International Journal of Astrobiology. Our findings are a bit inconclusive, because it is by no means clear what is a sensible choice of prior distribution in our Bayesian analysis, and the end result does depend quite a bit on this choice. Quoting from the concluding section of our paper:

In summary, we still think that the intuition about the alarming effect of discovering extraterrestrial life expressed by Hanson (1998) and Bostrom (2008) has some appeal. In our Bayesian analysis, our first two priors (independent uniform, and independent log-uniform) support it. The third one (perfectly correlated log-uniform), however, contradicts it, and while we find the prior a bit too extreme to make a very good choice, this shows that some condition on the prior is needed to obtain qualitative conclusions about the effect on q of discovering extraterrestrial life.

A final word of caution: While a healthy dose of critical thinking regarding the choice of Bayesian prior is always to be recommended, the case for epistemic humility is especially strong in the study of the Fermi paradox and related "big questions". In more mainstream scientific studies, circumstances are often favorable, either through the existence of a solid body of independent evidence in support of the prior, or through the availability of sufficient amounts of data that one can reasonably hope that the effects of the prior are (mostly) washed out in the posterior. In the present setting we have neither, so all conclusions from the posterior should be viewed as highly tentative.