An essential collection on AI safety and security 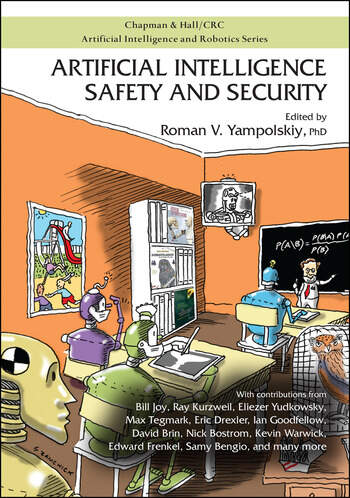 The xxix+443-page book Artificial Intelligence Safety and Security, edited by Roman Yampolskiy, has been out for a month or two. Among its 28 independent chapters (plus Yamploskiy's introduction), which have a total of 47 different authors, the first 11 (under the joint heading Concerns of Luminaries) have previously been published, with publication years ranging from 2000 to 2017, while the remaining 17 (dubbed Responses of Scholars) are new. As will be clear below, I have a vested interest in the book, so the reader may want to take my words with a grain of salt when I predict that it will quickly become widely accepted as essential reading in the rapidly expanding and increasingly important fields of AI futurology, AI risk and AI safety; nevertheless, that is what I think. I haven't yet read every single chapter in detail, but have seen enough to confidently assert that while the quality of the chapters is admittedly uneven, the book still offers an amazing amount of key insights and high-quality expositions. For a more systematic account by someone who has read all the chapters, see Michaël Trazzi's book review at Less Wrong.
Most of the texts in the Concerns of Luminaries part of the book are modern classics, and six of them were in fact closely familiar to me even before I had opened the book: Bill Joy's early alarm call Why the future doesn't need us, Ray Kurzweil's The deeply intertwined promise and peril of GNR (from his 2005 book The Singularity is Near), Steve Omohundro's The basic AI drives, Nick Bostrom's and Eliezer Yudkowsky's The ethics of artificial intelligence, Max Tegmark's Friendly artificial intelligence: the physics challenge, and Nick Bostrom's Strategic implications of openness in AI development. (Moreover, the papers by Omohundro and Tegmark provided two of the cornerstones for the arguments in Section 4.5 (The goals of a superintelligent machine) of my 2016 book Here Be Dragons.) Among those that I hadn't previously read, I was struck most of all by the urgent need to handle the near-term nexus of risks connecting AI, chatbots and fake news, outlined in Matt Chessen's The MADCOM future: how artificial intelligence will enhance computational propaganda, reprogram human cultrure, and threaten democracy... and what can be done about it.
The contributions in Responses of Scholars offer an even broader range of perspectives. Somewhat self-centeredly, let me just mention that three of the most interesting chapters were discussed in detail by the authors at the GoCAS guest researcher program on existential risk to humanity organized by Anders Sandberg and myself at Chalmers and the University of Gothenburg in September-October last year: James Miller's A rationally addicted artificial superintelligence, Kaj Sotala's Disjunctive scenarios of catastrophic AI risk, and Phil Torres' provocative and challenging Superintelligence and the future of governance: on prioritizing the control problem at the end of history. Also, there's my own chapter on Strategies for an unfriendly oracle AI with reset button. And much more.
Upplagd av Olle Häggström kl. 15:15 Inga kommentarer:

Snyder on Putin and the threats to freedom and democracy

Earlier this year, I enthusiastically reviewed (in Swedish) Daniel Ellsberg's important book The Doomsday Machine: Confessions of a Nuclear War Planner. Based on unique inside information, Ellsberg makes such an overwhelming case that the nuclear balance of terror between the United States and the USSR/Russia has been (and still is) even more dangerous than most of us have realized, and that disarmament is the only sensible way forward, that one begins to wonder how anyone could possibly oppose disarmament. Well, for the sake of balance (no pun intended!), let me offer the best counterpoint I've seen, given to the world through the actions of Vladimir Putin, and reluctantly put into words by Timothy Snyder in his most recent book The Road to Unfreedom: Russia, Europe, America as follows:

[The Russian invasion of Crimea in 2014] violates basic consensual principles of international law, the United Nations Charter, every treaty signed between independent Ukraine and independent Russia, as well as a number of assurances that Russia has offered Ukraine about the protection of its frontiers. One of these was the Budapest Memorandum of 1994, in which the Russian Federation (along with the United Kingdom and the United States) had guaranteed Ukranian borders when Ukraine agreed to give up all nuclear weapons. In what was perhaps the greatest act of nuclear disarmament in history, Ukraine handed over some 1,300 intercontinental ballistic missiles. By invading a country that had engaged in complete nuclear disarmament, Russia offered the world the lesson that nuclear arms should be pursued. [p 142]

The Road to Unfreedom is Snyder's follow-up to his marvelous little book On Tyranny from 2017. His new book is very different but just as important. It offers a detailed history of Vladimir Putin's misdeeds in the 2010's, his multifaceted fight against democracy at home, in Europe and in the United States, his war on Ukraine, and his successful effort to install in the White House a person who for all practical purposes can be regarded as his puppet.1 Solid sources are provided throughout, and the events are skillfully integrated into a highly readable narrative, including the necessary background on Stalin's, Brezhnev's and Gorbachev's Soviet Union and on Yeltsin's Russia, as well as on the fascist thinkers (mainly Ivan Ilyin) whom Putin has chosen as his and his country's pet philosophers to support his aggressive geopolitical views. The Road to Unfreedom is essential reading for anyone who wants to understand current events in Russia and in the West.
Let me add something to my Swedish compatriots who will go to the election polls on Sunday (September 9). One of the main lessons from Snyder's book is that Putin aspires to destabilize Europe and ultimately to dissolve the European Union, so as to make it easier for him to attain dominance over Eurasia. There is no end to the cynical things he will do to this end, including bombing Syria to fuel the refugee crisis. His other main tool to the same end is to support right-wing and EU-skeptical populist parties across Europe, for instance using his troll factories. If you vote for Sverigedemokraterna on Sunday, you play right into Putin's hands.
Footnote
1) This is convincingly argued in the book despite it being published several months prior to Putin's and Trump's July 2018 press conference in Helsinki, where Trump's puppet status was made overwhelmingly clear to anyone who cared to look. 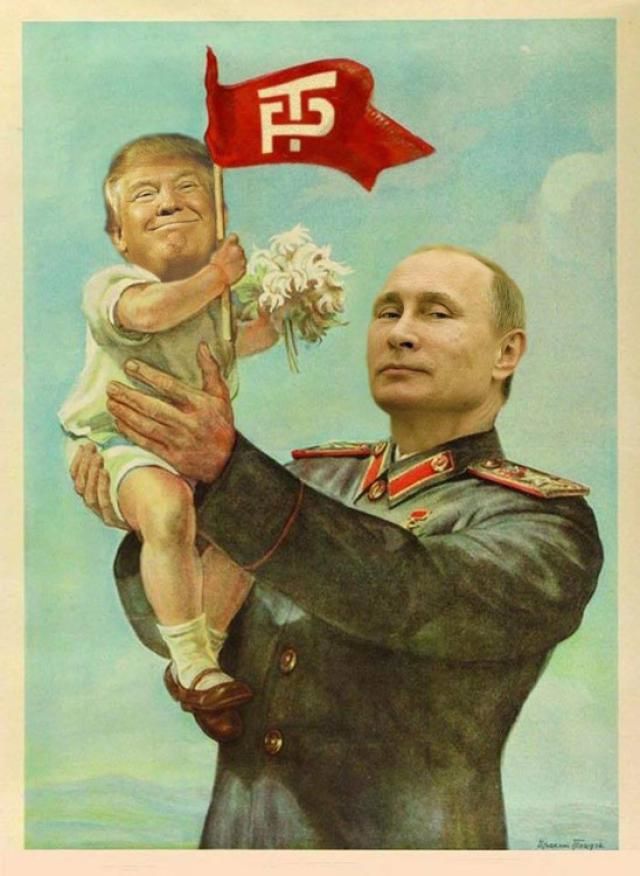