Robin Hanson and Eliezer Yudkowsky are, in my opinion, two the the brightest, most original and most important thinkers of our time. Sadly, they are almost entirely ignored in mainstream discourse. They both consider it fairly likely that the ongoing computer revolution will continue and, at some point in the next 100 years or so, cause profound changes to society and what it means to be human. They differ drastically, however, in their estimates of how likely various more detailed scenarios are. Hanson expects scenarios where we learn how to emulate human brains as computer software, thus enabling us to cheaply copy our minds onto computers, quickly causing vast changes to the labor market and to the economy as a whole. Yudkowsky gives more credence to even more radically transformative scenarios of the kind that are typically labeled intelligence explosion or the Singularity, where we humans eventually manage to construct an AI (an artificial intelligence) that is superior to us in terms of general intelligence, including the construction of AIs, so it quickly manages to create an even smarter AI, and so on in a rapidly escalating spiral, resulting within perhaps weeks or even hours in an AI so smart that it can take over the world. 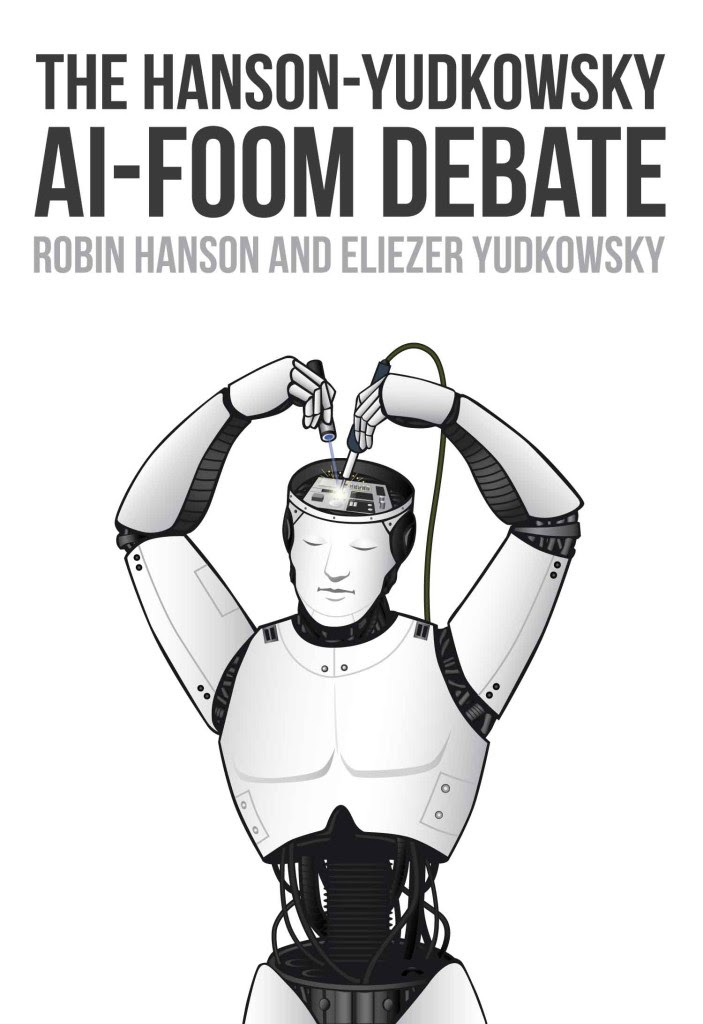